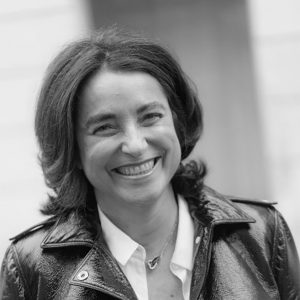 Isabelle gained an engineering diploma and started work with EDS in 1988, followed by Cisco in 1994 as Director of IT Operations Europe. Isabelle joined Dell in 2006 as Global Marketing Director and then Publicis in 2009 as EMEA CIO.

Her international vision and exposure have helped shape a strong interest in certain social causes, such as the defence of women’s rights or poverty in the world. This interest saw her leave Publicis in 2015, to create isahit. isahit has a presence in 23 countries across four continents including Africa, Asia and South America.