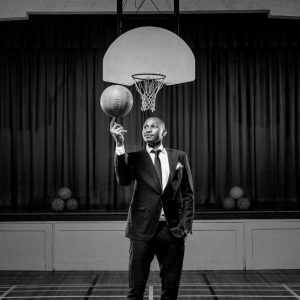 Harry Ezenibe is the Founder of HarryCares Foundation, a registered Non-profit in Canada and Nigeria that focuses on Education, Peace, Youth Empowerment and Community Development while using basketball as a tool. Harry grew up in Kano City, Northern Nigeria: A city and region that experienced constant religious conflict. He found a passion and safe haven in playing basketball.

Harry was a camp participant of Giants of Africa in 2005 and an NBA Africa Basketball Without Borders Camp Participant in 2006. In 2007, 2008, and 2009, he was an exchange athlete, first in France, Serbia, and Italy prior to arriving Canada for his studies in November 2009.