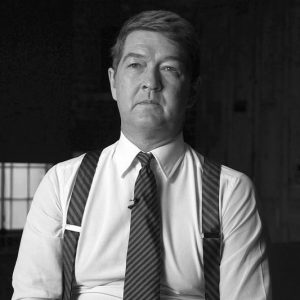 Dr. Andrew S. Nevin, PhD is an iconic figure in Nigeria, playing a number of key roles to advance Nigeria’s and West Africa’s economy and society, including:

Andrew is also one of PwC’s leading global thinkers, working at the complex intersection of economics, strategy, capital markets, and investment. He has over 32 years of professional experience as an entrepreneur, private equity investor, line manager, economist, and strategy consultant and is his professional career has previously lived in Asia, North America, and Europe. He has been based in Lagos, Nigeria since early 2012 and started his work in Nigeria in 2008.

Before joining PwC, he spent 10 years living in China and was the President of United Family Hospitals (China’s pre-eminent international hospital chain) during the SARS crisis in 2003 through early 2005.

Andrew started his career at McKinsey & Company, serving in the Toronto and Paris offices.

He holds a PhD in Economics from Harvard University, an MA in Philosophy and Politics from Balliol College, Oxford University (where he studied as a Rhodes Scholar and scored 2 goals in the 100th anniversary Blues ice hockey match vs. Cambridge), and a BSc (Hon) in Computer Science and Mathematics from the University of Western Ontario, Canada. In April 2011, he was named Strategy Consultant of the Year for 2010 by the Management Consultants Association in the UK.

Andrew is a Canadian citizen.