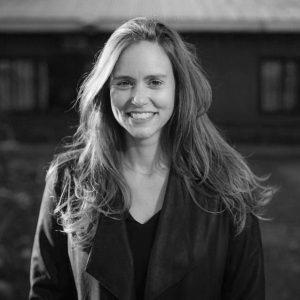 Christina is the Co-founder of Andela, which scales high-performing engineering teams by investing in Africa’s most talented software developers. In five years, Andela has hired over 2000 developers and become known as the “Best Place to Work in Africa,” with tech campuses in Nigeria, Kenya, Uganda, Rwanda and Egypt. Andela developers work as full-time engineers with companies ranging from the Fortune 500 like Viacom and Microsoft to high-growth startups like Cloudflare and GitHub.

Prior to founding Andela, Sass served as senior advisor to the president and CEO of the MasterCard Foundation, a global, private foundation with over 30 billion in assets working to advance youth employment across 10 countries in Africa. During her three years directing the Program Department at the Clinton Global Initiative, she worked closely with President Clinton’s office to create and implement innovative solutions to the world’s most pressing challenges. In her early career, Sass built education and employment programs in China, the Middle East, East Africa, and in her home state of Georgia.

She holds a B.A. from the University of Georgia (Go Dawgs!) and a Masters in International Law & Diplomacy from The Fletcher School at Tufts University. Sass has lectured at Stanford, Harvard and Yale, spoken on main stages at Web Summit, TechCrunch, Techonomy and more, written in and been featured in BBC News, Forbes and the New York Times. She has received alumni awards from UGA and Tufts, and business awards from the New York Business Journal, Business Insider, and Crain’s New York. Sass is a lifetime member of the Council on Foreign Relations.