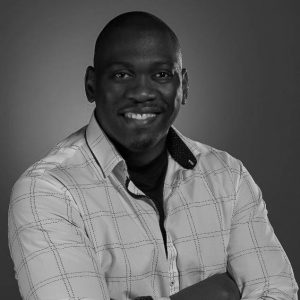 Lead Animation Supervisor on Oscar-nominated Avengers: Endgame (2019), Sidney drove the animation on the spectacular large-scale battle scene, the supreme warrior Thanos, and the Women of Marvel scene, winning an Annie Award for his achievement. Sidney was one of Weta Digital’s Animation Supervisors on Avengers: Infinity War (2018) where his contribution to Thanos’s nuanced facial animation and the fast-paced third-act battle sequences was celebrated with a VES Award for Outstanding Character Animation.

Sidney first joined Weta Digital as Senior Animator on The Jungle Book (2016), quickly stepping up to Animation Supervisor on War for the Planet of the Apes (2017). His role in creating the emotional depth of Ceasar’s character was recognised with an Annie Award.

Sidney studied drawing at the Emile Cohl Art Academy in France. He began his career directing TV shows, before training in 3D animation. He went on to work at ILM and Framestore, where he was Senior Animator on Alfonso Cuarón’s Oscar-winning Gravity (2013).

Outside his work at Weta Digital, Sidney is establishing an education programme in digital animation, offering young Africans opportunities to develop the skills to tell their own stories.