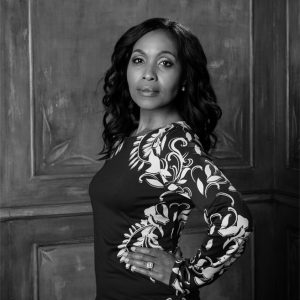 Lerato Mbele is presenter of Africa Business Report on BBC World News television. She joined the BBC in 2012.

Prior to that, Lerato served as a Senior Business Anchor for CNBC Africa. She hosted a variety of business programes and discussions related to the economics, business strategy, stock markets, entrepreneurship, and leadership.

Lerato began her journalism career in 1999 at South Africa’s state-owned broadcaster The South African Broadcasting Corporation (SABC). She eventually served as an anchor for the channel’s daily news show News at 10 and also fronted the weekly show, Public Interest, and The Ambassadors.

In early 2016, Lerato was nominated for the inaugural New African Women Awards in the media category. Previously she was named on the Oprah Magazine Power List of 21 African women “rocking the world”. In 2014, Lerato Mbele was named a Young Global Leader, by the World
Economic Forum in Geneva, Switzerland. Lerato is also co-editor of the book “Designing Democracy” alongside Ayesha Kajee, that was during her short tenure as a researcher at the SA Institute of International Affairs. She is also a recipient of a literary award from the World Association of the University of Women.

Lerato Mbele is a Chevening Scholar who holds an MSc degree in Development Studies from The School of Oriental and African Studies, at the University of London. She completed her undergraduate and Honours degrees from the Universities of Cape Town and Stellenbosch respectively.
April 2016